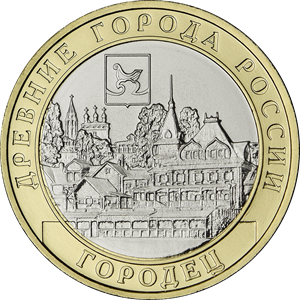 Gorodets is one of the oldest Russian towns. It was founded in 1152 by Grand Prince Yury Vsevolodovich Dolgoruky on the high bank of the Volga River as a fortress.

The history of Gorodets is associated with the name of the Russian warlord Alexander Nevsky who died in the autumn of 1263 in the Feodorovsky Monastery of Gorodets.

From the end of 19th century, the town developed due to river navigation and shipbuilding, flour milling and grain trade.

Today, Gorodets is a unique centre of folk crafts that has preserved a part of the artistic heritage of the Nizhny Novgorod Region, including Gorodets painting and stamped honey cakes, gold embroidery and needlework, pottery and wood carving.

Merchants’ estates and mansions, historical buildings and numerous museums create a unique image of the ancient Volga town which has the federal status of a nationally significant historical settlement.

The information was provided by the Volga-Vyatka Main Branch of the Bank of Russia.