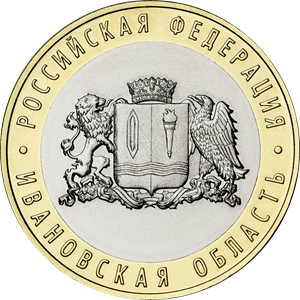 The Ivanovo Region is an administrative-territorial unit in European Russia, a constituent territory of the Russian Federation, and a part of the Central Federal District. The region is located in the centre of European Russia. It is one of the smallest regions in Russia preceded only by the Kaliningrad Region.

The economic potential of the Ivanovo Region is based on enterprises producing textiles and clothing. Machine building is the second most important industry in the region.

The region has a developed transport network. It includes motorways, railways, airlines, and the navigable Volga River.

The network of cultural organisations of the region includes 20 state and municipal museums, four theatres, a philharmonic hall, 639 cultural and entertainment facilities and libraries, a state archive, and a federally governed circus.

The tourism industry is one of the most important sources for the development of the region.