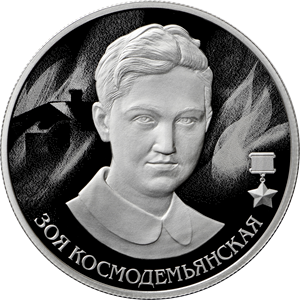 Zoya Kosmodemyanskaya was the first woman to be awarded the title of the Hero of the Soviet Union.

When the war started, Zoya volunteered for the front. The young woman was a partisan in a reconnaissance and sabotage group created in summer 1941 and performed special assignments behind enemy lines. That was a period when Joseph Stalin ordered to extensively use scorched earth tactics, that is, to burn homes in localities invaded by fascists, in order to deprive the enemy of normal life conditions. These were the assignments entrusted to Zoya.

In November 1941, the sabotage unit was ordered to set several villages on fire. The group was attacked several times, and a part of the fighters died. Ultimately, only three persons who could perform the assignment survived. Zoya was one of them. On 28 November 1941, when the young woman was firing houses in the village of Petrishchevo invaded by fascists, she was exposed and captured.

Despite the tortures, Zoya never revealed her true name, her comrades-in-arms, or her assignment. Exhausted by tortures, the 18-year old woman with the table ‘Firestarter of houses’ on her neck was executed by hanging in front of all village residents.

In February 1942, Zoya Kosmodemyanskaya became the first woman to be awarded the title of the Hero of the Soviet Union.